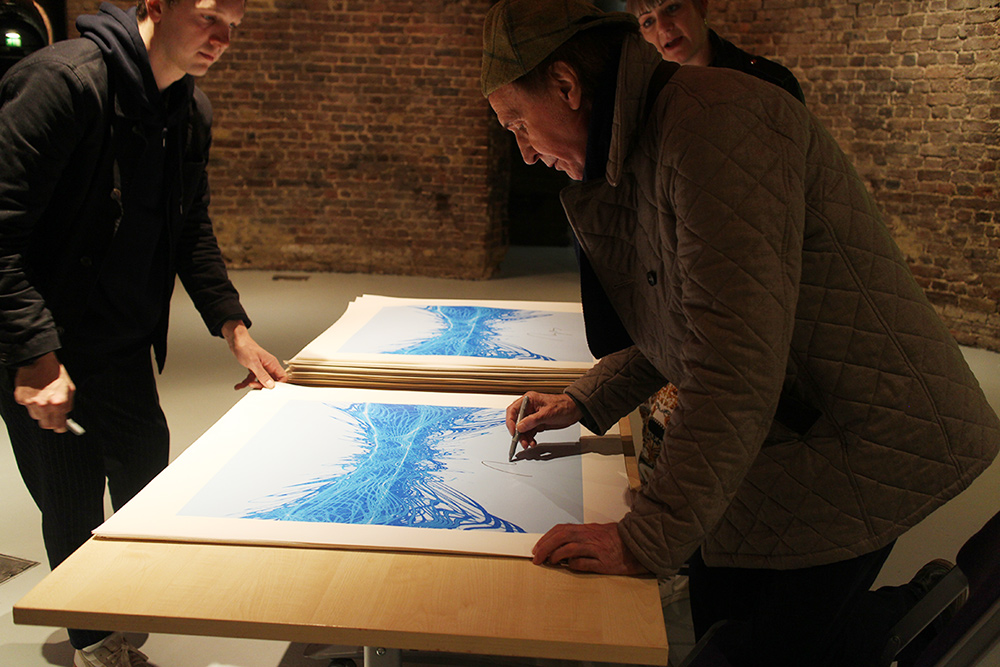 To raise money for Roundhouse, Ray Davies has signed artwork of one of his iconic songs. Can you guess which song Ray chose to sign?

Ray agreed to have one of his songs made into visual artwork by artist Tim Wakefield, who used the song’s soundwave to create an original work of art. Ray signed the original, and agreed for the piece to be auctioned and have prints sold for charity.

Each year, Roundhouse gives thousands of young people, ages 11–25, the chance to develop their skills and confidence through creativity in music, media or the performing arts. Roundhouse partnered with Wakefield’s Soundwaves Art Foundation to create the artwork and raise funds for the organization.